THE OLYMPIC TORCH IN S.F.

For all the talk of protests leading up to the Olympic torch relay, we didn't hear much from the supporters of China.

We learned why early on Wednesday morning. They planned to take over the event.

By 10 a.m. at AT&T Park, where the torch run was supposed to begin, it was obvious that the fix was in.

Thousands of supporters were already there, unloaded from dozens of buses parked across from the ball park. (One torch relay insider told me some in the crowd had been bused from as far away as Los Angeles.) During the day Chronicle reporters were told by some supporters that they had been bused into San Francisco from the South Bay, the East Bay and Sacramento by the Chinese Consulate and Chinese American groups.

They were waving thousands of huge, red Chinese flags or holding up identical, professional-looking placards that read "Beijing, 2008, torch relay."

The official word is that the torch route was drastically changed because of "public safety," but the crowd at AT&T Park was no threat to the runners. In fact, they broke into wild cheers when someone in a torchbearer's track suit walked down the street. But mayoral spokesman Nathan Ballard might have been closer to the truth when he said that the new route let people "enjoy the torch rather than political kabuki theater."

By 1 p.m., the appointed time for the torch runners to begin the relay, the crowd had grown even bigger. China supporters far outnumbered any human rights protesters, and anyone from the small pockets of "Free Tibet" protesters was quickly surrounded by the crowd and shouted down. When a Tibet supporter held up a sign, a Chinese supporter would sidle up, the wind would catch his flag, and it would obliterate the sign from the view of the cameras.

"We suspected that the Chinese government would want a public relations spectacle," said Kate Woznow, campaign coordinator for Students for a Free Tibet. "Something that they could broadcast back home."

Those inside the command center say city officials and Mayor Gavin Newsom watched the spectacle with growing concern. Although there was a brief scuffle with "Team Tibet" supporters around a bus early in the morning, the vast majority of the crowd was flag-waving China supporters. Sending the torch down those streets would have been like providing the Chinese government with a made-for-television commercial to show that hardly anyone in San Francisco - or North America - had any qualms about human rights abuses in China.

Newsom won't come out and say that, but he did concede that he took the decision right down to the final minutes.

"Literally, at 1 o'clock, we had two choices," he said in a phone conversation en route to the closing ceremony at the airport. "We could cancel the event or move forward in a different manner. We went to the torchbearers themselves, and overwhelmingly they said they supported the change."

Taking the torch to the other side of town and skirting the whole enormous pro-China crowd at the ballpark might have improved the chances for public safety, but it also gave the torch back to San Francisco. Suddenly, it was back to the original idea, a run through the streets with a symbol of the upcoming Olympic Games, not a carefully planned political charade.

Because this, apparently, is the Chinese government's idea of free speech. They speak freely, and everyone else gets shouted down. Frankly, there is no denying that they were well organized. I took a minute to talk to a Tibetan protester, Kal Sang, but I was quickly joined by two young men who listened to the interview and began to interject derogatory comments.

"I hope America hears the voice of these people," said one of the interrupters, Jun Liu, from San Mateo. "The media pretended they would be fair, but they are not just biased, they are extremely biased."

Sang, a Tibetan from Minnesota, who had done nothing more than stand with a friend wearing a "Free Tibet" shirt, was surrounded by critics. A woman shouted at her, "You know nothing!" and "Go to Tibet to see for yourself."

"They put pressure on us," said Sang, who looked like a soccer mom. "They try to get us to push them, but we are nonviolent. We are not against the Olympics. They should hold the Olympics. But we are speaking for people who do not have a voice."

At that moment, the China supporters seemed to think that they'd carried the day. The "Free Tibet" crowd had been harassed to the point that they packed up and walked toward the Ferry Building. It appeared that the torch would be coming down the street any minute, and the news photos and video would feature thousands and thousands of cheering China supporters waving red flags.

A cocky young man walked past me and read his sign out loud, "Welcome to Beijing," he said.

It was about then that it was announced that the torch was unexpectedly up in the Marina district, running through tree-lined neighborhoods past a small crowd of ordinary people without a political point to make.

Just for future reference, China - or for that matter, anyone else: You can try to take over, but good luck. This is San Francisco. 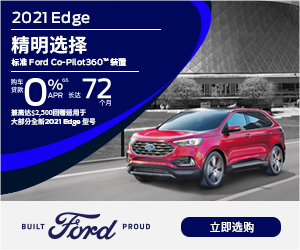 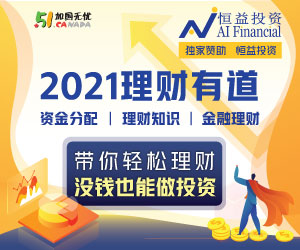